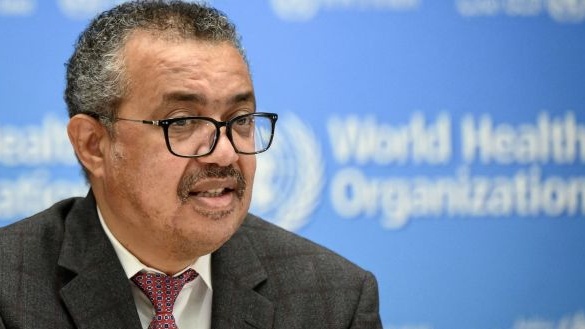 Cases of unexplained hepatitis have risen to at least 429 in 22 countries, according to the World Health Organisation (WHO).

The number of countries reporting at least five cases has doubled since the last WHO briefing in April, from six to 12. Nine of these countries are in Europe.

A further 40 possible cases of acute liver disease are awaiting classification, officials told a press conference in Geneva on Tuesday.

Six children have died and 26 have required transplants, according to Prof Philippa Easterbrook of the WHO’s global hepatitis programme. About 75 per cent of cases are in children aged under five years.

Although the cause remains unclear, scientists are still investigating whether the cases were caused by an adenovirus activating an inflammatory response, possibly after a previous Covid-19 infection.

In Ireland, one child has died after being treated for the disease, and a second has received a liver transplant, the HSE reported last week.

Six probable cases of children with hepatitis of unknown cause have been detected in Ireland since the UK issued an alert in April.

The six children were aged between one and 12 years of age. All were hospitalised.

Meanwhile, Covid-19 cases rose in four out of six regions of the world last week, according to WHO secretary general Dr Tedros Ghebreyesus. With testing and sequencing programmes being reduced in many countries, he said it was increasingly difficult to know “where the virus is and how it’s mutating”.

Officials expressed concern about virus outbreaks in North Korea, where state media have said there are about 1.4 million suspected cases, and Eritrea, which has yet to start vaccinating its population.

High levels of transmission of the coronavirus among unvaccinated people, such as in North Korea, creates a higher risk of new variant, a WHO official said.

“Certainly it’s worrying if countries … are not using the tools that are now available,” said WHO emergencies director Mike Ryan in response to a question about the outbreak in North Korea.

“WHO has repeatedly said that where you have unchecked transmission, there is always a higher risk of new variants emerging,” he said.

Maria Van Kerkhove, WHO technical lead on Covid-19 said the notion that the Omicron variant of Covid-19 is mild was false and this narrative needs to be corrected. Omicron, in all its sublineages, can cause anything from asymptomatic infection to death, she pointed out, though vaccination provides protection.–Additional reporting Reuters