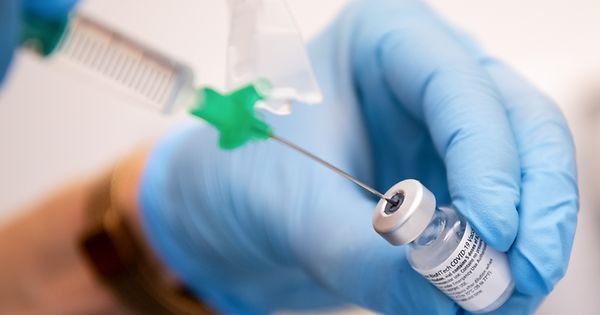 A vaccine syringe and vial

Lawmakers will debate a petition which calls for a halt to the government’s plans to introduce mandatory vaccination against Covid-19 for over-50s, after the campaign secured enough support to be raised in parliament.

More than 5,000 people signed the petition, above the 4,500 threshold required for triggering a debate in the Chamber of Deputies, according to a statement on the parliament’s website. No date for the debate has yet been fixed, it added.

The government is yet to put its plans to introduce a vaccine mandate for the over-50s and healthcare workers into law, but the policy has not been shelved, despite the pandemic receding across Europe.

Luxembourg ditched most of its restrictions in March, including the obligation to show proof of vaccination to enter restaurants, while the government scrapped mandatory tests and vaccinations for air passengers in April.

However, Luxembourg is continuing to monitor infection rates and hospitalisation figures to determine whether a plan for a compulsory vaccine is appropriate or necessary, Justice Minister Sam Tanson said last month.

In January a group of five medical experts – who had been tasked with giving their scientific opinion on the issue – called for mandatory jabs for people over the age of 50, a group that is statistically more likely to develop severe disease and die of the virus, and for those who work with vulnerable people, such as healthcare staff.

The government said at the time that it backed a vaccine mandate but said it wanted to leave the specific details of any future law in the hands of deputies to decide, after a heated debate in parliament exposed deep divisions over the issue.

The obligation to show proof of vaccination for many activities drew the fury of protestors who took to the streets on 12 occasions in as many weeks between December last year and February, Tanson and the Minister for Internal Security Henri Kox said at a press conference on Wednesday, with some demonstrations turning violent.

The ministers announced government plans to introduce tougher laws to crack down on protestors who attack police officers, journalists and politicians.

The proposals include harsher penalties and the creation of new offences, such as “doxing”, whereby information is published online identifying a particular individual, putting them at direct risk.