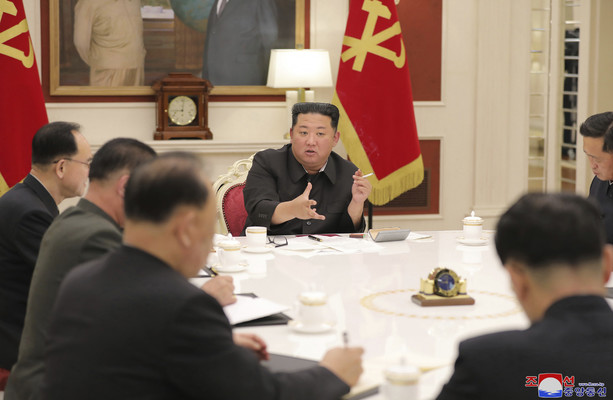 The nuclear-armed country reported its first coronavirus cases last week, and the Omicron variant-fuelled outbreak has since ballooned – marking the failure of a two-year blockade maintained since the start of the pandemic.

Chairing a meeting of the ruling party’s Politburo on Tuesday, Kim said there was “immaturity in the state capacity for coping with the crisis” and slammed the “non-positive attitude, slackness and non-activity of state leading officials”, the official Korean Central News Agency (KCNA) reported.

State media reports do not specify how many of the cases and deaths have tested positive for the coronavirus, but experts say the country would struggle to test and diagnose on this scale. 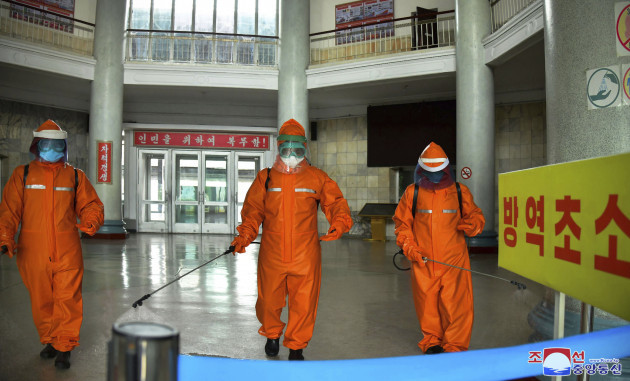 In this photo provided by the North Korean government, station staff disinfect the floor of Pyongyang station to curb the spread of Covid-19 infection.

At the Tuesday meeting, Kim promised to “arouse the whole Party like an active volcano” to counter the spread of the virus.

North Korea’s leader has put himself front and centre of his country’s Covid response, saying the outbreak is causing “great upheaval” nationwide.


Medicines donated by the Kim family were distributed to North Koreans in South Hwanghae province, state media said, in a bid to highlight his personal role in fighting the outbreak.

Nearly 3,000 military medics are taking part in a “24-hour service system to carry out the delivery and supply of medicines”, state media said Wednesday.

The World Health Organization is “deeply concerned at the risk of further spread of Covid-19 in the country particularly because the population is unvaccinated and many have underlying conditions putting them at risk of severe disease and death,” the UN body’s chief Tedros Adhanom Ghebreyesus told reporters.