THE SWEDISH PEOPLE are worried about NATO membership having an impact on their independent voice but they have accepted the end of neutrality as a pragmatic measure to protect their country, a leading Swedish parliamentarian has said.

Olle Thorell is an MP for the ruling Social Democrats party and also a member of the Foreign Affairs Committee in the Swedish parliament.

In a wide ranging conversation with The Journal Thorell said that EU military assistance was not enough and used the analogy of membership of NATO as the equivalent of having a fire department to respond to a blaze rather than the European model of having only a smoke alarm.

He also said that membership of NATO would save his country on defence costs – stating that non-alignment would require Sweden to pay four to five percent of GDP in military spending while NATO membership would require 2%.

On Monday Sweden’s prime minister Magdalena Andersson announced that the country will join Finland in seeking NATO membership in the wake of Russia’s invasion of Ukraine.

The historic shift, which comes after more than 200 years of military non-alignment in the Nordic country, came in the wake of the Russian President Vladimir Putin’s invasion of Ukraine. 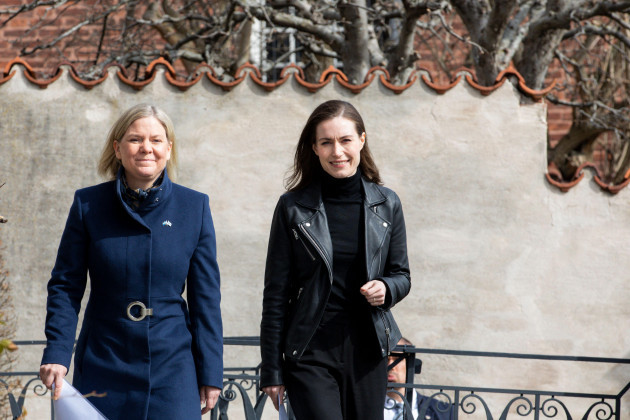 Thorell, speaking from the parliament in Stockholm, said the decision was not without its challenges but that it was a case of pure pragmatic acceptance for the Swedish Government.

“I’m a Social Democrat, we are the governing party, we have shaped Sweden’s non-alignment policy and neutrality during the war and of course, a lot of my voters feel that the development is going too fast.

“They would like to have more time to think things over but there’s also a big understanding that the security of Sweden and the Swedish people has been compromised with the war against Ukraine and this lack of security has to be dealt with somehow.

“I feel great support from my voters and my constituents that to have this pragmatic stance, that the government is having now, it has a great deal of support as well, even though it’s not like there’s going to be parades in the streets with people welcoming NATO but people accept it and understand that this is a necessary insurance policy so to speak, for our country,” he said.

Thorell explained that there are concerns in Sweden around the threat to the independent voice which the nordic State has enjoyed as a neutral country but looks to neighbour Norway for guidance on that issue.

“People are worried also that (we are not) going to keep on like Ireland, being an independent voice in world politics. They are worried if we are going to be able to work for peace and nuclear disarmament etc, with the same strength of conviction and credibility as we have in the past.

“I’m sure that we will, even though we’re in a new environment. Look at Norway, they have been a voice, an independent voice on the world stage, they hand out the Nobel Peace Prize to Chinese citizens, and China becomes really angry, and they’re not afraid to get in the middle between bigger states and try to mediate.

“They’ve launched the work on the banning of cluster munitions, for example, that was a Norwegian initiative. And so today, they’ve proven that you can be an independent voice, even though you’re a NATO country, and I hope that Sweden will be such a country as well,” he explained.

The pace of change in Sweden’s defence posture has matched that of neighbour Finland and Thorell believes that a “symbiotic” relationship between the countries is critical to this move.

He believes that important lessons have been learned by both States and that other countries can also learn particularly around the adherence to historic traditions.

“There might be some lessons to be learned and that is not to be guided by nostalgia and sentimentality and the way things have been a tradition.

“Every leadership of a country has to make their decisions in the time that they live in with the political and geopolitical situation as it is in front of you.

“And you have to be realistic, and view the world as it is and not as it has been or as you wish it would be,” he added. 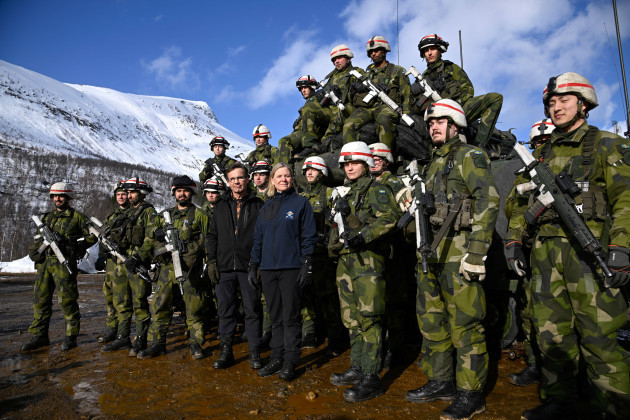 Sweden’s Prime Minister Magdalena Andersson and the leader of the Moderate party, Ulf Kristersson, during a visit to the international military exercise Cold Response 22 in Norway, March.

Thorell said that Sweden has not developed a new defensive posture since the February invasion overnight – the State has been working hard on building up its defence capability.

Since his Government came to power in 2014 he said they have actively engaged in a deeper way with NATO and increased funding.

There have also been “far reaching treaties and agreements” with Finland to prepare for any potential war.

“But with Russia’s attack on 24 February, all the measures that we have taken we feel do not suffice, and we need to have security assurances.

“And the only way we find that we can have real security assurances, a guarantee that someone will come to our aid in the case of an attack over Russia, in this case is through NATO,” he added.

Thorell said that the decision was informed by Finland’s move towards NATO membership and the fact that the Swedish would be the only Scandinavian country outside of the alliance.  He said that this has been determined would leave Sweden in a “much more vulnerable position”.

One critical consideration, the MP reveals, is around the cost of non-alignment – Thorell said that he would find it very difficult to argue for the increase in taxation to fund a neutral defence.

“Staying out would cause that we would have to invest a lot more than 2% of GDP. In military spending, we’ve decided on 2% already, but staying alone, nonaligned, we estimate that would cost somewhere between four and 5% of our spending.

“I would have a hard time selling that to my constituents. It would require us to take twice as much money from the welfare state, or to raise taxes or whatever. It’s not a viable option,” he added.