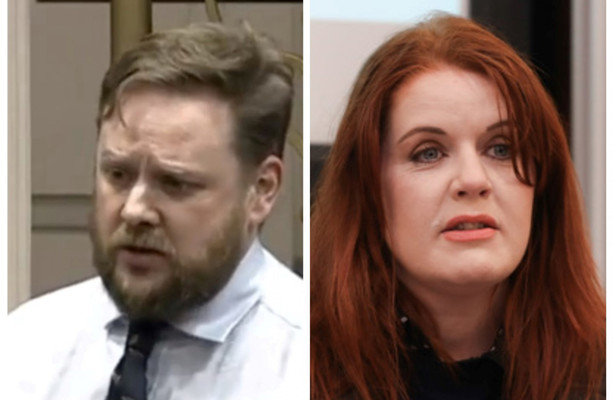 TWO GREEN PARTY TDs have voted in favour of a Sinn Féin motion which calls for the new National Maternity Hospital to be fully public and located on publicly owned land.

Typically, voting against the government leads to government TDs having their whips withdrawn by their party.

The other government TDs abstained from the vote meaning the Dáil passed the motion. There were 56 votes in favour of the motion, 10 against and 69 abstentions.

Before this evening’s vote, Costello signalled he would join with party colleague Hourigan and vote in favour of the Sinn Féin motion.

In a statement, Costello said that he “cannot in good conscience vote against this motion”.

“I understand being a TD in a government party and voting against the whip is a serious matter. I have informed my party whip of my intentions and I will accept the consequences from my action,” he said.

Hourigan yesterday signaled her intentions to vote with Sinn Féin on the motion.

Under the plan agreed by Cabinet yesterday, the State will own the NMH buildings but the land on which it will be built will be owned by St Vincent’s Healthcare Group which will lease it back to the State for 299 years. 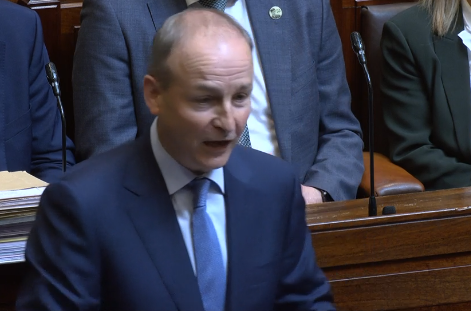 Speaking in the Dáil today, An Taoiseach said that the “fundamental issue of ownership had been dealt with” and that tonight’s Sinn Fein motion has “a political agenda”.

“I’ve been around now for a bit and understand Private Member’s motions and the motivation behind them, the need to keep government under pressure,” he said.

I understand that fully and so we will deal with the motion in the manner that we see fit as a government.

He added: “Just as you equally would put forward motions with a very clear political agenda behind them. We did not come down in the last cloud. So I’m fully comfortable with what’s happening this evening in respect of private member’s motion.”

Sinn Féin leader Mary Lou McDonald had told the Taoiseach that Sinn Féin’s motion is “crystal clear” in seeking “full public ownership” of the NMH land and she asked him whether he would “act on the will of the Dáil” if the motion is passed.

The vote this evening saw the rebel Green TDs voting for the Sinn Féin bill.

The whip system effectively keeps party members within the parliamentary party, with sanctions usually enforced if they do not. For example, Hourigan previously lost speaking rights after voting against the government in 2020.

A decision on losing the whip would be a matter for the Green Party. If both Hourigan and Costello lost the whip for voting against the government, the government’s majority would be reduced.

In the other government parties, Fine Gael’s Justice Minister Helen McEntee told reporters this morning that she understood that the government would not be opposing the Sinn Féin motion later today.

“My understanding is that no we won’t,” said McEntee. 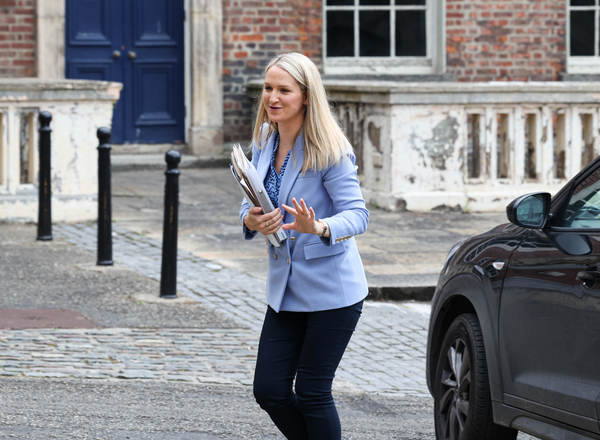 She said that she hoped that government TDs would be able to support the development of the new National Maternity Hospital at the St Vincent’s campus.

“I really hope that all of my colleagues in government, from all parties, will be able to support this new National Maternity Hospital and the framework that we agreed on yesterday at cabinet,” said McEntee.

When asked whether or not two weeks was enough time to consider the NMH proposals, McEntee said that it was and that “all the questions have been answered”.


Speaking to RTÉ Radio One this morning, Tánaiste Leo Varadkar said that it would be up to the Green Party to decide on what action to take if its TDs vote against the Government later this evening.

“Ultimately, the Green Party will have to make a decision as to what action they take,” said Varadkar.

He added that there would be consequences for Fine Gael TDs if they voted against the motion, but added that if the Government voted freely often, there wouldn’t be “a functioning government”.

“That’s why we take a collective responsibility, that if as a party, we decide that we want to do something, well, then we vote with the party.

“On occasion, people feel they can’t do that and that then has consequences down the line.”