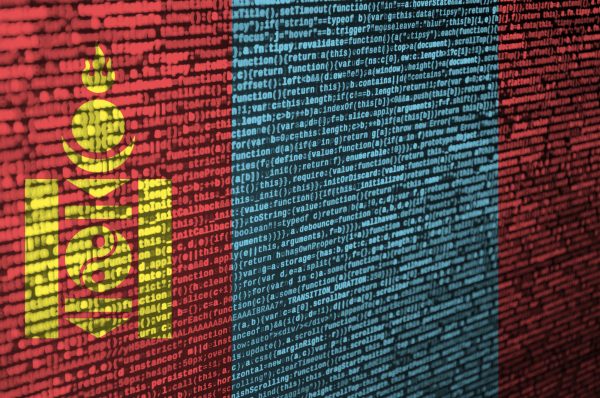 In 2021, Mongolia implemented its first-ever e-government services, known as E-Mongolia. Early implementation of E-Mongolia coincided with the spread of COVID-19, which forced Mongolian policymakers to digitalize government services. In two years, Mongolia’s digital governance platform has proven to be a positive development. Sandwiched between two global powers – Russia and China – Mongolia is determined not to miss the fourth industrial revolution, the age of information technology.

Mongolian citizens now can digitally receive a variety of public services, such as applying for passports or residential cards, registering new companies, and applying for business licenses without having to line up at the local registration office. Moreover, the successful delivery of digital services also extends to the banking system, processing payments online versus in-person.

The pursuit of digitalization naturally modernizes Mongolia’s statecraft and digital architecture. E-services eliminate corruption and bureaucracy within the state registration services. The implementation of E-Mongolia allowed government agencies to reduce the number of front-end offices and service operators. By introducing feedback systems, E-Mongolia has become an institutional tool that bridges government service and the private sector – considering their clientele are the same users.

These changes have had a direct effect on Mongolia’s anti-corruption efforts. The 2021 National Strategic Overview study conducted by the National University Science of Technology has shown a reduction in the corruption in the primary and secondary levels of the public service.

Moreover, E-Mongolia eliminates additional steps for citizens while simultaneously saving government spending. According to researchers from the Mongolian National University and the Mongolian National University of Science and Technology, E-Mongolia saved approximately 57 billion Mongolian tugrik in 2021. In fiscal year 2022, the Ministry of Telecommunications is expected to save an estimated $30 million by reducing paper, postage, transportation and fuel costs, and employee wages. These extra funds can be better allocated back into digital technologies as a self-investment.

These developments are a significant milestone for a country with nomadic history, only to become digital nomads in the age of information technology.

The chairwoman of the Mongolian Communications and Information Technology Authority, Bolor-Erdene Battsengel, stated, “Since becoming the chairwoman of the Communications and Information Technology Authority, the biggest change I have noticed is that citizens began to use E-Mongolia digital platform. The digitalized form of the public service includes communications aspect where citizens actively send questions, comments, and concerns regarding not only the app but also any government services.”

Mongolia’s ultimate goal is to become a digital nation, inspired by other small states such as Estonia, Singapore, and Norway. Hence, the implementation of E-Mongolia is only the beginning of an ambitious plan to utilize modern information technology.

The latest research by the OECD Digital Government Policy Framework showed that COVID-19 lockdowns reinforced governments’ existing moves to rely heavily on digital connectivity. The OECD report highlighted six necessary elements to becoming a digital nation: “digital by design, government as a platform, data-driven public sector, open by default, user-driven, and proactiveness.” Based on the E-Mongolia platform, it is safe to say that Mongolia has been following the OECD framework while borrowing working mechanisms from other smart states like Estonia.

For Mongolia, as both a small state and a developing nation, digitalization bestows new opportunities as well as heightened challenges.

The 2021 EIU Democracy Index highlighted the backsliding of democratic institutions, often relating to repressive modes of governance in the digital space. Mongolia, despite digitalization efforts, has been dropping in the ranks since 2014. Compared to Estonia – which continued to excel, with its score rising from 7.74 to 7.84 – Mongolia’s score dropped from 6.62 to 6.42 as of 2021. These numbers illustrate Mongolia’s vulnerability in the political and civil space. By shifting from traditional governance to digital governance, Mongolia may solve many lingering issues that contribute to its lower ranking.

As Mongolia continues to strengthen its democratic institutions, the government and its agencies will also need to adopt new mechanisms and tools to combat old issues. One remaining challenge for E-Mongolia is to fill the digital gap. For any government to pursue digital governance, the implementation process must be a two-way street – digital services are of little use unless the people have access to smartphones, apps, and internet services. In Mongolia, much-needed assistance will need to target geographically remote populations and disadvantaged communities and ensure their digital inclusion.

Naturally, if implemented properly, digitalization efforts can strengthen Mongolia’s institutions and ignite public-private cooperation – combining their efforts to modernize remote areas and allowing people to be more engaged with and informed about their government. For Mongolia to fully embrace the digital nation model, however, it will take significant investments in its science and tech industry. More importantly, the legal environment must be investor-friendly and open to entrepreneurial-minded contributors in Mongolia.