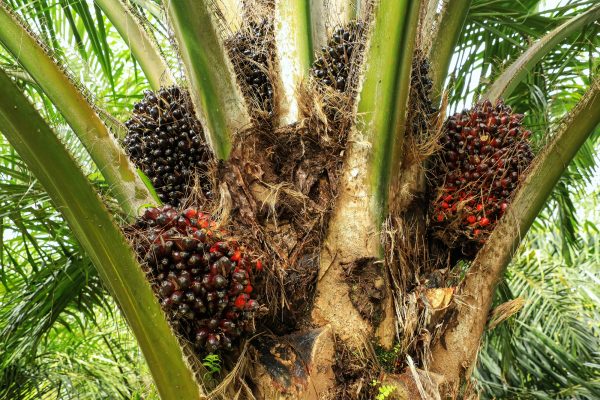 Intended to control soaring domestic cooking oil prices, the Indonesian government’s ban has had a series of unintended consequences.

On Tuesday, hundreds of independent Indonesian farmers held protests across the nation to demand that the country end its strict ban on the export of palm oil and its derivatives, which they claim has adversely impacted their incomes.

The administration of President Joko “Jokowi” Widodo imposed the ban in late April, in order to control the soaring domestic cost of cooking oil, shaking global edible oil markets and costing exporters tens of millions of dollars. The ban covers shipments of crude palm oil and some of its derivative products from Indonesia, the world’s largest exporter of the ubiquitous and versatile oil.

According to a Reuters report on Tuesday’s protests, demonstrators in the capital Jakarta marched next to a truck piled with palm oil fruits. One of the signs held by protesters read, “Malaysian farmers are wearing full smiles, Indonesian farmers suffer” – a reference to the fact that the export ban has allowed Malaysia, the world’s second-largest palm oil exporter, to seize global palm oil market share from Indonesia.

The Reuters report cited a statement from APKASINDO, a smallholder farmers’ advocacy group, which said that the export ban had caused the price of palm fruit to plummet. APKASINDO also claimed that at least a quarter of palm oil mills have stopped buying palm fruit from independent farmers since the imposition of the ban. Both suggest that the export ban has created a glut of supply in the domestic market.

But at the same time, there is hard evidence that all of the government’s efforts, which previously included subsidies, export permits and a palm oil levy, have done little to reduce the domestic price of cooking oil. According to trade ministry data, the price of cooking oil averaged 17,300 rupiah ($1.18) per liter late last week, down from an average of 18,000 rupiah ($1.22) in April but up from 13,300 ($0.90) rupiah last July. According to this handy Reuters explainer, the main reason that domestic oversupply has not translated into lower prices appears to be the country’s clunky machinery of bureaucracy, and the difficulties in getting the state food procurement agency Bulog to distribute subsidized cooking oil.

The high prices have prompted protests and led to a sharp fall in Jokowi’s approval ratings. Figures released by pollster Indikator Politik Indonesia on May 15 showed that satisfaction with the Indonesian leader had fallen to 58.1 percent this month. While many Western leaders would kill for this sort of approval rating, it represents a precipitous fall for a leader who has been hugely popular since his election in 2014, and followed a 12-point decline between January and April.

The Indonesian government has long reserved the right to intervene in the working of the markets in order to, as Diplomat columnist James Guild noted earlier this month, “ensure that the price of staple goods – such as gasoline, electricity, rice, and cooking oil – remains stable and affordable.” But while these interventions are often just, they can also have all sorts of unintended consequences, which can easily beget additional interventions.

When confronted with the concerns of smallholder farmers, Jokowi’s chief of staff responded that the export ban was implemented in response to demand for cooking oil “but that doesn’t mean that the president doesn’t protect the interests of oil palm farmers.” It remains to be seen what the government can do to ensure that this protection is forthcoming.