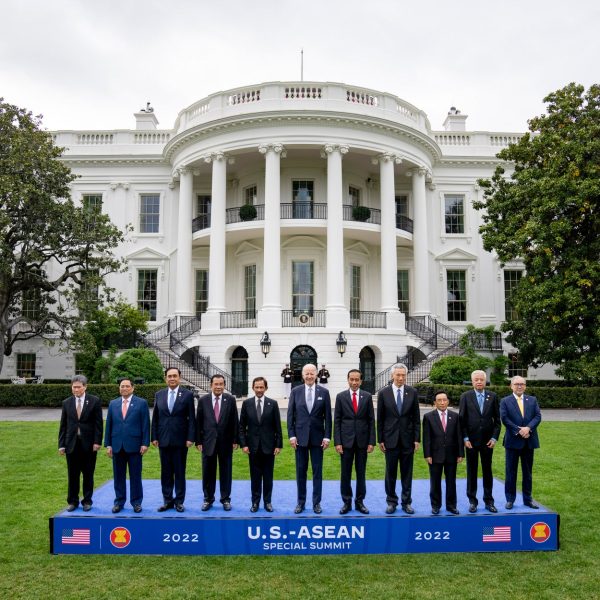 Civil society across ASEAN is struggling to survive in the face of growing repression. Countering this alarming trend must be a top priority for the U.S.

Last week, U.S. President Joe Biden hailed the dawn of a “new era” in relations with the Association of Southeast Asian Nations (ASEAN). The American leader had just wrapped up a Special Summit with his regional counterparts, which included both a new multi-million dollar development package and a jovial photo-op in front of the White House.

Conspicuous by its absence, however, was any real mention of human rights in the joint post-summit “vision statement,” beyond a reference to the horrific situation in Myanmar. This was hugely disappointing, not least to the hundreds of NGOs in Thailand who are battling to prevent a draconian new civil society law from becoming reality.

For the U.S.-ASEAN relationship to truly enter a meaningful new phase, human rights must be at its core. In this sense, last week’s summit stands out as a missed opportunity more than anything.

This is all the more urgent at a time when civic space is under severe threat across the region. In Myanmar, the military junta has killed close to 2,000 people and decimated civil society since attempting to seize power in a coup last year. In the Philippines, the outgoing government of Rodrigo Duterte has vilified and painted human rights activists as “terrorists.” In Malaysia, the government has intensified a crackdown on critics using a slew of repressive legislation.

In my own country of Thailand, the quasi-military government of General Prayut Chan-o-cha has led a severe onslaught on fundamental freedoms. Scores of activists who have joined peaceful pro-democracy protests have been charged or jailed in recent years. The use of laws to criminalize criticism of the monarchy has also rocketed to new heights, contributing to a climate of self-censorship.

Perhaps most worrying is the proposed new NGO Law, which would give authorities sweeping powers to restrict and control the work of civil society. The new law, which is currently pending before Thailand’s parliament, would allow the government to unilaterally shut down NGOs on terms that are so vague that almost any activity could be considered criminal. It would furthermore impose onerous bureaucratic requirements on NGOs, something that could be crippling for smaller, grassroots organizations in particular.

The law is, however, not just a threat to Thailand’s vibrant civil society, which is providing services and standing up for the rights of the most vulnerable across the country. It also puts civil society across the region at risk, since Thailand has long served as a refuge for political and rights activists fleeing from repressive governments in Vietnam, Cambodia, Myanmar, and Laos.

To halt this regional backslide on rights, people in Thailand and ASEAN as a whole need the United States’ support. Before the U.S.-ASEAN Special Summit, more than 60 NGOs signed a joint letter urging Biden to raise Thailand’s anti-NGO law in discussions with the Prayut government. This is why the near-silence on human rights in official pronouncements was so disappointing.

To be fair, there were positives to be drawn from the summit. The joint language on Ukraine was more forceful than the lukewarm statement ASEAN issued earlier this year, although it still avoided any mention of Russia. The murderous military junta from Myanmar was barred from attending, and the post-summit statement urged an end to all violence there and the release of political prisoners. We have also been told that senior U.S. officials raised human rights issues with their counterparts in private meetings, including the NGO law in Thailand.

This is all positive, of course, but does not go anywhere near far enough.

As human rights activists, we welcome the United States’ interest in our region. In ASEAN, the U.S. is a major safeguard against China, whose political and financial support has helped prop up repressive regimes from Phnom Penh to Manila. We also applaud the United States’ unbending support for Ukraine and its people who are bravely resisting invasion and tyranny.

But for the Biden government to truly help ASEAN countries move away from repression and authoritarianism, it must tackle the region’s human rights crisis head-on. In future engagements, the U.S. must stress that regional governments should respect people’s basic rights to freedom of expression, assembly, and association, both in public and private. Human rights cannot be sacrificed in the desire to engage with ASEAN states or in the competition with China for influence. One key upcoming opportunity will be the Asia-Pacific Economic Cooperation (APEC) Leaders’ Meeting in November, when heads of state will descend on Bangkok.

Civil society across ASEAN is struggling to survive in the face of growing repression. countering this alarming trend and supporting activists must be a top priority for the U.S. when engaging with our region.