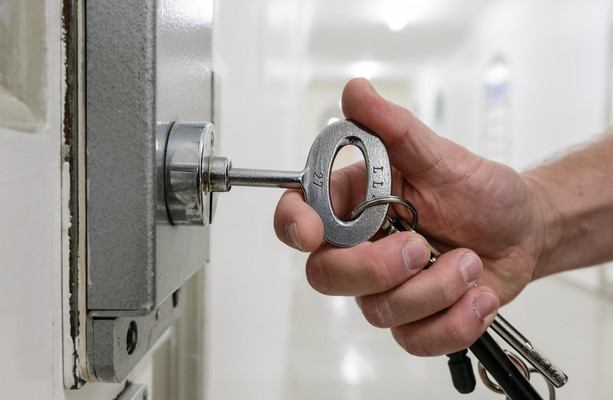 THE IRISH PRISON Service (IPS) is to launch a major review of how it deals with the psychology sex offenders in custody.

The review follows a major investment in psychological services.

The funding has been secured with a more modern approach to the psychiatric needs of prisoners now a greater focus of prison life.

Following a recent European assessment on prison services and how they interact with prisoners the IPS had developed a new evidence-based approach to inmates and in light of this a review was recommended.

A tender application has been issued by the IPS to seek a company to carry out the review of its current plans and future delivery of psychological services to sex offenders.

“The Irish Prison Service propose to engage in a competitive dialogue procedure to award a single-party framework for the review of treatment programmes for sexual violence,” the tender read.

The IPS has developed its own strategies in the area and believes that sexual offenders may have a history of being sexual abuse victims before committing their crimes.

One recent study in 2018 published by the Cambridge University Press in the UK found that the overall rate of having been a victim was 35% for perpetrators and 11% for non-perpetrators.

A spokesperson for the IPS said the review was part of a broader strategy around the psychological needs of prisoners and an effort to bring the standard of care to the best international level.

“The Irish Prison Service is engaging in a competitive dialogue procedure to support advances in up-to-date programmes specifically tailored to those convicted of sexual violence.

“It is anticipated that programmes will be expanded to meet the unique risks and needs of a greater number of people convicted of sexual violence.

“It should be noted that the Irish Prison Service currently provide psychological and other appropriate treatments for people who have been the victim of sexual violence,” he said.

The IPS Psychology Service is the driving force behind the development of a plan to deal with sexual violence offenders.

In 2015 Dr Frank Porporino, a Canadian Psychologist specialising in mental health in custodial settings, carried out a major study into Irish prisons.

Known as the New Connections report, Porporino laid the foundation for the service’s first Strategic Plan from 2016-2018. In response to that Strategic Plan, further developments have taken place in the last four years.

At the time the organisation said: “The IPS Psychology Service see intervention with, and prevention of violence as requiring a ‘public health approach’ by addressing underlying risk factors that increase the likelihood that an individual will become a victim or a perpetrator of violence.”

Dr Rob King, a psychology researcher and lecturer in University College Cork, said that much of the treatment of sexual offenders in prison is now focused on getting the prisoners to find empathy for their victims.

He said international studies have been now looking at the nature of psychopathy.

“We would measure this on three different axes, Machiavellianism, narcissism, and lack of empathy. Machiavellianism is seeing other people as pawns. Narcissism is seeing yourself as supremely important outside of the rules, and lack of empathy and inability to tell other people’s pain. And some people would also say there’s another axis, which is sadism and that’s kind of disputed in the field.

“So the goal of this and any of these kinds of therapy is, speaking in general terms now, is to try and increase the gain on that empathy bit.

“The problem comes if you teach people who don’t feel empathy, to pretend like they have empathy, then it could just make them more effective as a psychopath.

“You can give people classes where they’re sort of roleplaying feeling other people’s pain. And that just makes them much more convincing the next time they’re trying to access a victim.

“The problem comes when you have people who we’re not quite sure, are they redeemable is the old fashioned way of putting it. But what we mean by that in modern scientific terms is can we increase their empathy. And when it comes to some of these crimes – the answer is we don’t know,” he said.

Empathy as a tool

King said that studies are now trying to determine that use of empathy as a tool to convince offenders to not commit crimes on their release.

He also said that some criminal traits can be genetically inherited at a rate of 50% but said that it is highly likely that many of those who commit sexual crimes have themselves been victims of sexual abuse.

King explained that it is very difficult to get credible data in studies as to the effect of traumatic childhood experiences on offenders as it is difficult to find a control subject but he did agree that it is a factor.

“The fact that people have found that effect with sex abuse and increasing the chances of the victim becoming a sexual abuser. I’ll be astonished if that wasn’t true. I mean, it would just be amazing if there wasn’t a relationship. But the difficulty is understanding where the causal arrows are pointing,” he said.


The provision of psychology assistance for prisoners is not without its challenges and the IPS Psychology Service had recently called for greater funding.

In recent months psychologists have also said a major expansion in their staffing is needed to provide a service to all sex crime inmates.

A recent Inspector of Prisons report, published in May, was told by the IPS Psychology Service that it needed extra specialists to deal with patients.

Prison authorities have been running a programme ‘Building Better Lives’ for sex offenders in the Midlands and Arbour Hill prisons.

A spokesperson for the IPS said that they have used updated research in the area to develop their strategy.

This research is informed by new Council of Europe recommendations on prison rehabilitation and the new National Strategy on Domestic, Sexual and Gender-based Violence. It has led to a significant review of the current BBL and the need to implement comprehensive revisions.

“Many of the emerging recommendations for change would witness a significant reduction in the barriers to treatment.

“They include: include risk assessment at an early stage in sentence to inform sentence management and treatment options, working with people who deny and minimise their offence(s), working with people with mental disorders who have been sexually violent, and provision of treatment for people in all risk categories and with shorter sentences for better outcomes and safer communities.

“As such, people who deny their offence, people with mental disorder, people with short sentences or people deemed ‘low’ risk could engage in appropriate treatment.

“In addition, international research highlights the need for consistent qualified psychologists facilitating clinical intervention, group treatments, and treatments of sufficient dosage and duration to reflect the risk and need,” the spokesperson added.

The IPS said that future treatment for sex offenders would be evidence based and will follow the review which will determine the best course of action.

Following the tender process a company will be selected to carry out the study and will report back its findings which will be used by the IPS to develop its strategy.