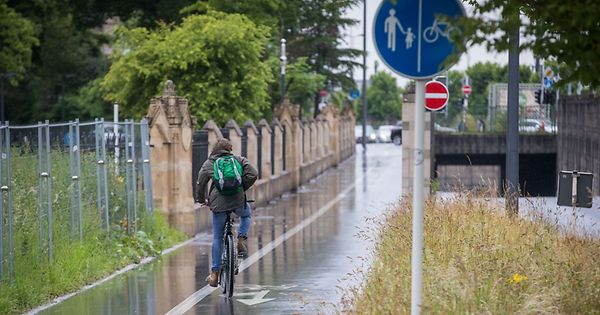 Police fined almost 50 cyclists in Luxembourg for breaches of the highway code over the past six months, Interior Security Minister Henri Kox said on Wednesday, even as cyclists complain about a lack of bike lanes and other measures to protect them across the country.

The most common offence was going through a red light, for which 23 cyclists received a penalty of €145 each, Kox said, in response to a written parliamentary question from Pirate Party leader Sven Clement.

A total of 12 cyclists had to pay fines for missing equipment on their bikes, such as a bell or reflectors, Kox said, while a further eight were stopped for using their phone while travelling.

But no fines went to drivers or motorbike users for failing to maintain a safe distance when overtaking cyclists, the figures showed.

Luxembourg’s “reputation” as a nation of cyclists is “not reflected in the existing infrastructure” for those on bikes, Clement said.

The government has stepped up its efforts in recent years to encourage more people to ditch the steering wheel and turn to handlebars instead, handing out up to €600 in subsidies for electric bikes.

However, critics argue the country continues to lag well behind other countries for its cycling facilities, with cyclists calling on officials to invest more in infrastructure and improving road safety.

Cyclists have said they feel Luxembourg City is not doing enough to make roads safer for people on foot or a bike, despite an audit from 2015 which said the overall situation for those not in cars was dangerous.

Some cities such as Paris and Brussels used the pandemic lockdowns to upgrade facilities for cyclists, but there were no such changes in Luxembourg.

“Luxembourg has been particularly resistant to developing cycling infrastructure and the city is highly against a policy that removes car space,” Cyrille Medard De Chardon, urban development and mobility researcher at LISER, told The Luxembourg Times last year.

In the capital, many bike paths are shared with bus lanes, such as on the congested Route d’Esch, leaving cyclists exposed to high risk. Many other paths around the city end halfway, leaving bikers to fend for themselves.

And there is no safe way to cycle to the centre of the city from the brand new Cloche d’Or business district and its vast residential area, with many residents instead opting to take their car.

Hundreds of cyclists converged on Luxembourg’s capital in a series of protests last year in a bid to press city officials to invest more towards cycling infrastructure and improving road safety.