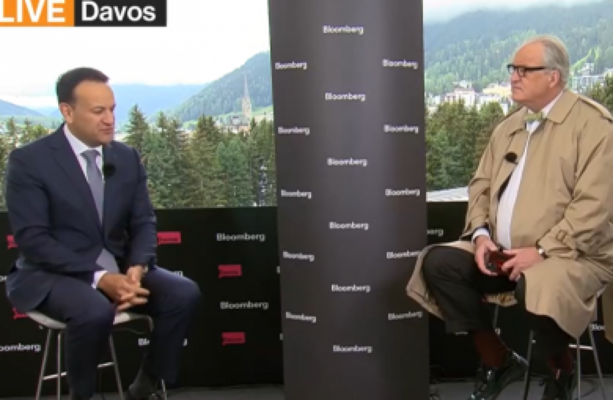 TÁNAISTE LEO VARADKAR has defended his and Taoiseach Micheál Martin’s attendance at the World Economic Forum summit in Davos, telling the Dáil that he stayed “in a four star hotel” for the duration.

During Leaders’ Questions today, People Before Profit TD Mick Barry enquired about the cost of the trip and and joked that it was unlikely that Varadkar had “slept in a car”, a reference to reports of TDs sleeping in cars due to a lack of hotel rooms in Dublin

Both Martin and Varadkar attended the summit in the Swiss alpine resort this week, which has returned following a two-year Covid-enforced hiatus.

Martin spoke at a panel event alongside fellow EU leaders and Varadkar also spoke at an event about the future of work. Both also conducted media interviews with international outlets.

Earlier this week, People Before Profit’s Paul Murphy TD said it was “questionable” whether it was required for both Taoiseach and Tánaiste to attend.

So you’re back from the luxury ski resort. I’m sure you didn’t do a Eugene Murphy and sleep in the back of a car. I’m curious to know how much the rooms cost in Davos this year?  And what was the all in price of the trip?

The Cork North Central TD also asked the Tánaiste whether an increase in the minimum wage would be appropriate to help people deal with the rising cost of living.

Responding to the question about Davos, Varadkar responded that the attendance of both leaders at the summit was an important opportunity for the country and he added that he “flew commercial” to the event: 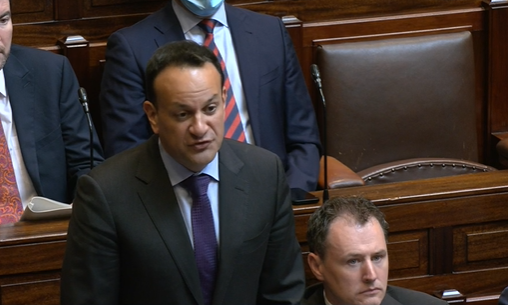 Varadkar was back in the Dáil today.

Varadkar was also asked during Leader’s Questions about the decision of Paypal to cut over 300 jobs from its operations in Dundalk and in his constituency in Dublin.

Varadkar said it was a matter “of great regret” that Paypal had made the decision but that he had spoken to the company and was told that it “remains committed” to the remainder of its 2,000 employees in Ireland.

“I have received an assurance from the company that the redundancy package that they offer will be a good one. I don’t know the details of that yet but I will be following up on that matter because I think it is important that if there are in our letting people go that they get a decent redundancy package to help them get on with their lives,” he said.

Varadkar added that he does not believe the job losses are representative of the wider employment picture in the country as a whole.

“We are approaching full employment in Ireland, which is a job for everyone who wants one. I think that’s a very positive thing,” he said.