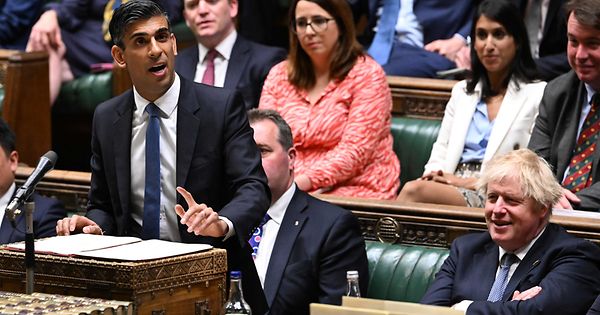 BP Plc said it will look again at its plans in the UK, raising questions about whether a £5 billion windfall tax on oil and gas profits announced by the government included enough incentives to preserve investment.

The statement raises the possibility of reversal by the London-based oil major, which has previously said that planned investments of £18 billion in the country by 2030 weren’t contingent on whether or not the government raised taxes.

“Today’s announcement is not for a one-off tax – it is a multiyear proposal,” BP said in an emailed statement. “We will now need to look at the impact of both the new levy and the tax relief on our North Sea investment plans.”

The UK government announced on Thursday that it will impose a 25% windfall tax on oil and gas companies, bowing to mounting pressure to support Britons facing a record squeeze on living standards.

Chancellor of the Exchequer Rishi Sunak appeared to try to head off criticism that the measure was anti-business, including in the proposal an 80% new-investment allowance that means energy companies can reduce the amount they pay if they commit to fresh capital expenditure.

The major risk to the UK North Sea oil and gas industry is that international companies like BP and Shell, which are scaling back fossil-fuel investments in favor of low-carbon energy, see the UK as less attractive following this announcement, JP Morgan’s Managing Director for Global Energy Christyan Malek said in an interview. A windfall tax “creates unpredictability for projects that take years to develop,” Malek said.

While most companies acknowledged that Sunak was responding to an urgent real cost-of-living crisis, the industry reacted with a mixture of caution and disappointment.

Shell Plc, BP’s closest peer, said that “a stable environment for long term investment” was fundamental to its plan to invest as much as £25 billion into the UK’s energy system in the next decade. “The chancellor’s proposed tax relief on investments in Britain’s energy future is a critical principle in the new levy,” a Shell spokesperson said.

Smaller explorers that are more focused on the UK and have smaller revenue streams will be hit harder by the levy, said Malek.

Companies such as Serica Energy Plc, which have low proportion of capital expenditure compared to earnings before interest, depreciation, amortization, and exploration would also feel a bigger impact than most, Stifel analyst Chris Wheaton wrote in a research note.

EnQuest Plc, which produces more than 90% of its oil and gas in the UK, said it was “disappointed with the implementation mechanics” of the new levy. The industry lobby group was more direct in its criticism.

“The new taxes imposed on the UK’s offshore oil and gas operators are a backward step by a government which, just weeks ago, was pledging to build a greener and more energy-independent nation,” Offshore Energies UK said in a statement. “This is the exact opposite of what was promised in the British energy Security Strategy published just last month.”

While it may take years for the long-term impact to emerge, the political necessity of the windfall tax, and the juiciness of the target, are clear.

Demands to intervene in the cost-of-living crisis have become overwhelming, with a windfall tax increasingly popular among Britons. The governing Conservative Party has trailed Labour in YouGov polling since December. Sunak’s move also comes as the government tries to shift the narrative from the scandal surrounding illegal parties in Downing Street during the pandemic.

Meanwhile, Big Oil is churning out massive profits, largely on the back of higher energy prices due to Russia’s invasion of Ukraine. Shell posted its highest earnings on record in the first quarter.

The tax will only apply to profits generated in the UK. The bulk of BP and Shell’s earnings come from operations in other countries, and both companies have scarcely paid any corporation tax in Britain since 2015 because of losses tied to investments in North Sea fields, or dismantling old platforms out at sea. The new levy won’t allow companies to offset such expenses against their tax bill.