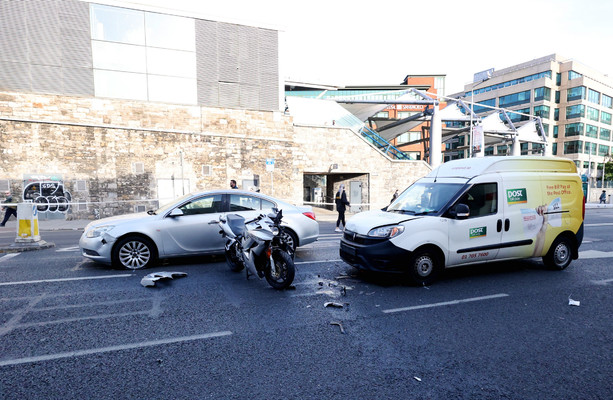 GARDAÍ HAVE ISSUED a fresh appeal for witnesses to a crash involving a motorcyclist and a pedestrian in Dublin city centre yesterday afternoon.

The Garda Síochána Ombudsman Commission (GSOC) has launched an investigation into the collision, which took place near Connolly Station on Amiens Street, Dublin 1, at approximately 1:20pm yesterday.

The pedestrian, who is a Ukrainian woman in her 60s, was taken to The Mater Hospital where her condition is currently described as serious.

The motorcyclist, a man in his 30s, was also taken to The Mater where he remains in treatment for non-life threatening injuries.

Today, gardaí from Store Street garda station issued a fresh appeal for any witnesses who were in the North Strand and Amien Street areas yesterday between 1pm and 1:30pm who may have footage (including Dash Cam) to make it available to them.

GSOC initiated its probe after receiving a referral from gardaí under Section 102(1) of the Garda Siochana Act 2005.


This section provides for the referral of “any matter that appears … to indicate that the conduct of a member of the Garda Síochána may have resulted in the death of, or serious harm to, a person”.

As the matter is now under examination, GSOC said there will be no further comment at this time.