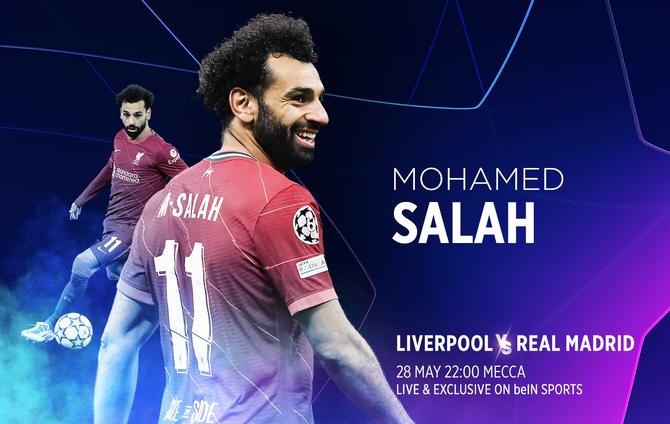 Mohamed Salah is targeting a “revenge mission” on Saturday evening as Liverpool squares off against Real Madrid in the Champions League final.

Salah suffered what he has admitted as the lowest point of his career when Sergio Ramos cynically hauled him down in the 2018 final in Kyiv, and now after several seasons of establishing himself as one of the most deadly attackers on the planet the man who has been handed the nickname of the Egyptian King by the Anfield faithful has only one goal in mind.

Yet again it’s been another standout individual season for Salah who has registered 31 goals and 16 assists in all competitions in all competitions to date.  In the Champions League, 12 appearances have yielded an impressive return of 12 goals including two goals against Atletico Madrid and Porto in vital group games.

Heading into the latter stages Salah didn’t offer a goal in the quarter or semi-finals but two vital assists in either leg against Villarreal proved to be decisive. Over the course of the season, Salah has been ever-present in attack for Liverpool, dovetailing well with Sadio Mane and one of either Diego Jota or January signing Luis Diaz.

Just another fine individual season for the 🇪🇬🤴🤷#beINPL #LFC pic.twitter.com/Gya60RLFVb

The Egyptian enjoyed another impressive campaign, which ended in both winning the Premier League top goalscorer and assist maker awards. Naturally, the media focus has turned to talk of a contract extension, which for now has not been activated.

Salah himself confirmed that he intends to stay with Liverpool for the 2022/23 season but stopped short of committing past that. There seems to still be some room for negotiation from both sides, and yet another decisive Champions League final performance could force the club to improve their offer to the attacker.

Salah has always been the man for the big occasion for Liverpool, and did score the opener in the 2019 Champions League win against Tottenham, how much would the man from Nagrig love to play a decisive role on Saturday evening and put those ghosts of Kiev to rest.