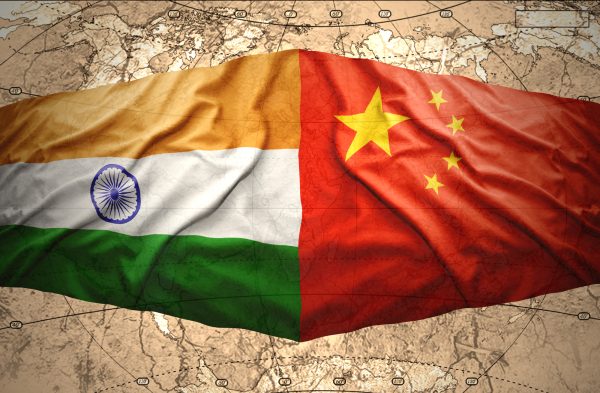 About 10 days after the U.S. House of Representatives’ Speaker Nancy Pelosi’s visit to Taiwan, India finally broke its studied silence over both the trip and China’s consequent unprecedented military exercises and live-fire air and sea drills that encircled Taiwan, heralding the onset of the Fourth Taiwan Strait Crisis. On August 12, while answering questions on these recent developments in the Taiwan Strait as part of a weekly media briefing at the Ministry of External Affairs, India’s Official Spokesperson Arindam Bagchi, without naming any parties, urged exercising restraint and avoiding unilateral actions to change the status quo, so as to de-escalate tensions and maintain peace and stability in the region.

Even as no loud official proclamation was expected, the supposedly non-descript nature of India’s statement was in keeping with the prevalent regional provocation-averse ethos vis-à-vis China. Even the Association of Southeast Asian Nations (ASEAN) foreign ministers’ statement on the cross-strait development, while warning about the “unpredictable consequences” of “open conflicts” and “miscalculations” between major powers, reiterated each member’s support for its respective “One China” policy. However, India’s short, yet stern, statement was marked by its refusal to abide by Beijing’s call to reiterate the “One China” policy, simply because India’s “relevant” policies are “well-known and consistent.”

The U.S.-led battle of democracies versus autocracies in a bid to coalesce like-minded partners, through U.S. bilateral military alliances (e.g. in Northeast Asia) and minilateral security frameworks aimed at containing China, such as the Quadrilateral Security Dialogue (Quad, comprising Australia, India, Japan, and the U.S.) and the Australia-U.K.-U.S. (AUKUS) defense pact, has further precipitated the steep incline into the Thucydides Trap. The uneven rhetoric and ambiguous policy on Taiwan are only compounding the stress. These exigent circumstances have naturally put the Indo-Pacific states on high alert, especially India due to its ongoing border dispute with China in the Himalayan region since 2020. However, the West’s well-founded fear of Xi Jinping’s road to rejuvenation and the ensuing power play, including the recent “U.S. offensive” in the Indo-Pacific, are also a boon for India’s geopolitical ambitions.

Hence, India’s cautiously bold stance has to be taken in concert with the region’s fragile peace, which depends on not provoking China while asserting New Delhi’s newly ascendant power-parity equation with Beijing, which is strengthened by India’s proactive foreign policy outlook of multi- and pointed-alignment geared to strategic autonomy goals. Against such a non-linear equation, how far is the Thucydides Trap linked to India’s China calculus? Could India be pushed to a war-like precipice to defend its “status” and “security” dilemmas?

Deterring the “New Normal” in the Himalayas

China has in the past adapted its successful maneuvers in one disputed territory to another: Its South China Sea “salami tactics” were employed in Ladakh. In the current Taiwan case, besides military tactics, China has intensified its economic, diplomatic, and disinformation maneuvers by banning trade of specific products with Taiwan, crusading for international support for its “One China principle,” and exaggerating the extent of People’s Liberation Army (PLA) capabilities. In that vein, India would be worried about this so-called “new normal” in the Taiwan Strait being replicated along its borders, too, as it is consistent with China’s policy of using military, political, and economic means to achieve its national interest goals. For example, China’s call to compartmentalize cooperation and incompatibilities in the bilateral relationship are a tool for such an action.

The recent (post-2020) era spans multiple ongoing crises, including the COVID-19 pandemic, the Galwan dispute, the Russia-Ukraine war, and the Taiwan Strait “new normal.” In all of these, a common link is the centrality of China as a revolutionary revisionist power on its way to upend the global world order (by 2049 to be precise) – be it via its collusion with Russia and other politically weak authoritarian states like Afghanistan under Taliban or collision with the U.S. and its partners. This makes it imperative to explore the increasingly strategic, adversarial equation between India and China through the lens of the Thucydidian dynamic, which is primarily reserved for describing the only great power rivalry of our times (namely the United States and China).

As a corollary to the China-U.S. hegemonic contest, however, the concept naturally extends to China (a dominant regional power with notions of global supremacy) and India (an emerging regional rival power with global ambitions), especially amid the Russia-Ukraine war, when India’s global prospects are on the rise thanks to its central role as a regional security provider and as a key strategic partner to manage, if not contain, China.

Moreover, India’s diplomatic courting by the West has become important enough that even China is reining in its otherwise fierce hostility (in Chinese media and official rhetoric) and advertising “positive signals” for reconciliation with India, even as China docks a  research ship (also labelled a “dual-use spy ship” by Indian media) in Sri Lanka’s Hambantota port despite India’s concerns. Thus, the fragile and certainly temporary thaw only complicates the existing situation, but does not influence India’s core view of China – especially post-Galwan – as a “clear and abiding adversary.”

To that effect, India has continued to heighten its strategic deterrence measures against China since 2020, and is unimpressed by China’s present overtures, showing little inclination to compromise. This is evidenced by India’s External Affairs Minister S. Jaishankar’s continued stress on the border relations “casting a shadow” over wider cooperation goals and calling the China-India relationship a “one-way street.”

Taiwan’s growing importance in India’s foreign policy framework, not just as an economic partner but as a security leverage, is increasingly evident. For example, India’s refusal to reiterate the “One China” policy in official rhetoric (including joint statements) since 2010 is not just a reaction to “stapled visas” but also leverage against China. It seeks to remind Beijing that its lack of an “independent” policy on India and refusal to acknowledge the unofficial yet politically significant “One India” outlook (e.g. Chinese Foreign Minister Wang Yi echoing the Organization of Islamic Cooperation’s stance on Kashmir’s right to self-determination in March this year) will come at a cost.

So far, India’s sovereignty disputes with China have constrained New Delhi’s ambiguous approach to Taiwan (restricted to economic engagement), but the heightened global reaction to Pelosi’s visit and China’s own fear-inducing military maneuvers might propel the strategic discourse on the changing trajectory of India’s “One China” policy, which was already underway post Galwan.

Xi’s potential reunification (and rejuvenation) plans amid attempts to change the status quo around the Taiwan Strait have received a fillip with the announcement of China’s latest white paper on Taiwan, wherein Taiwan’s status (a “special administrative region”) post-reunification would also be conditional under the “One China” principle: “Two Systems is subordinate to and derives from One Country.” Whether peaceful or forceful, China’s potential occupation of Taiwan will bring a complete breakdown of the already low trust level between India and China, and could trigger a military intervention with India, exposing both its “status” and “security” dilemmas.

In short, for India, the Fourth Taiwan Crisis might become an “extraneous” vulnerability that could set up a catastrophic spiral toward a limited war in the Himalayas, especially because it is an intended consequence of China’s military invasion tactics. Obviously, India’s complicated China dilemma – which spans a long-standing mutual mistrust versus the veritable necessity (plus viability) of economic and regional cooperation – in concert with Asia’s fragile, explosive security landscape posits the inevitability of such an event. Moreover, India will note that Taiwan’s economic cooperation with China has only made coercion more potent; thus, the balancing policy of economic and strategic goals will have to be sharpened.